Friday April 15th on the beach.

Friday evening, I was walking along the beach, chasing the nearly full moon that had appeared early in the sky. As the sun dipped lower into the tree line, the shadows on the rocky shore silently grew longer, and the air grew colder. When I reached the light I had seen up ahead, I stopped and knelt down beside the driftwood fire that some kind strangers had lit, and I felt warmth. Within that brief moment of conversation, the breeze that had begun softly blowing down the shore, got stronger, slowly at first, then more quickly and steadily faster, before it suddenly exploded into a fierce, sustained blast of wind and sand that pushed forward from behind me, and then ceaselessly rushed about in all directions. Still crouched down by the fire, I reflexively stiffened my legs and back against the blast, resisting it’s demand that I surrender my balance. My hair and clothes however, flapped in helplessly full compliance. The wind pushed forward and buffeted and shook the burning wood in front of me so hard that a river of thick smoke, sparks and embers took flight, dancing wildly down the beach towards the water. They had made their escape from the wind’s assault, but the smoke, sparks and embers found their time in the wind to be fleeting, and the overwhelmed remnants of the fire from which they were flushed out, almost likewise entirely gave up their light to the wind and the darkness. I looked directly into where the fire had been effortlessly burning tall in front of me just a moment ago, and saw instead, the wind-whipped, driftwood glowing an enchanting orange-red, while spitting out scattered yellow wisps of flickering desperation that continued to lash out at the unrelenting gusting of air that was forcibly over feeding it to extinction. I wondered for how long it would go on, and if the fire could stay lit, or if the wind would prevail and blow it completely out. And then, the wind relented and collapsed, and big bright yellow flames sprang immediately upward out of the glowing driftwood, warming the air and me again, and even more so than before. The long-stretched floating cloud of swirling spark and smoke continued drifting forward, washing over the beach and far jetty rocks for a brief moment longer, before fully dispersing and disappearing into the moonlit night. I brushed my hair from my face with my hand, rose to my feet and wondered what one might say now. But an unspoken understanding and aw became mutually apparent and patently palpable, and so it was enough to just let it be. I smiled and thanked the kind folks for the gift of warmth. Then I thanked the wind and the fire, and continued on my way chasing the moon.  Blessings to you all.  —>💙—> 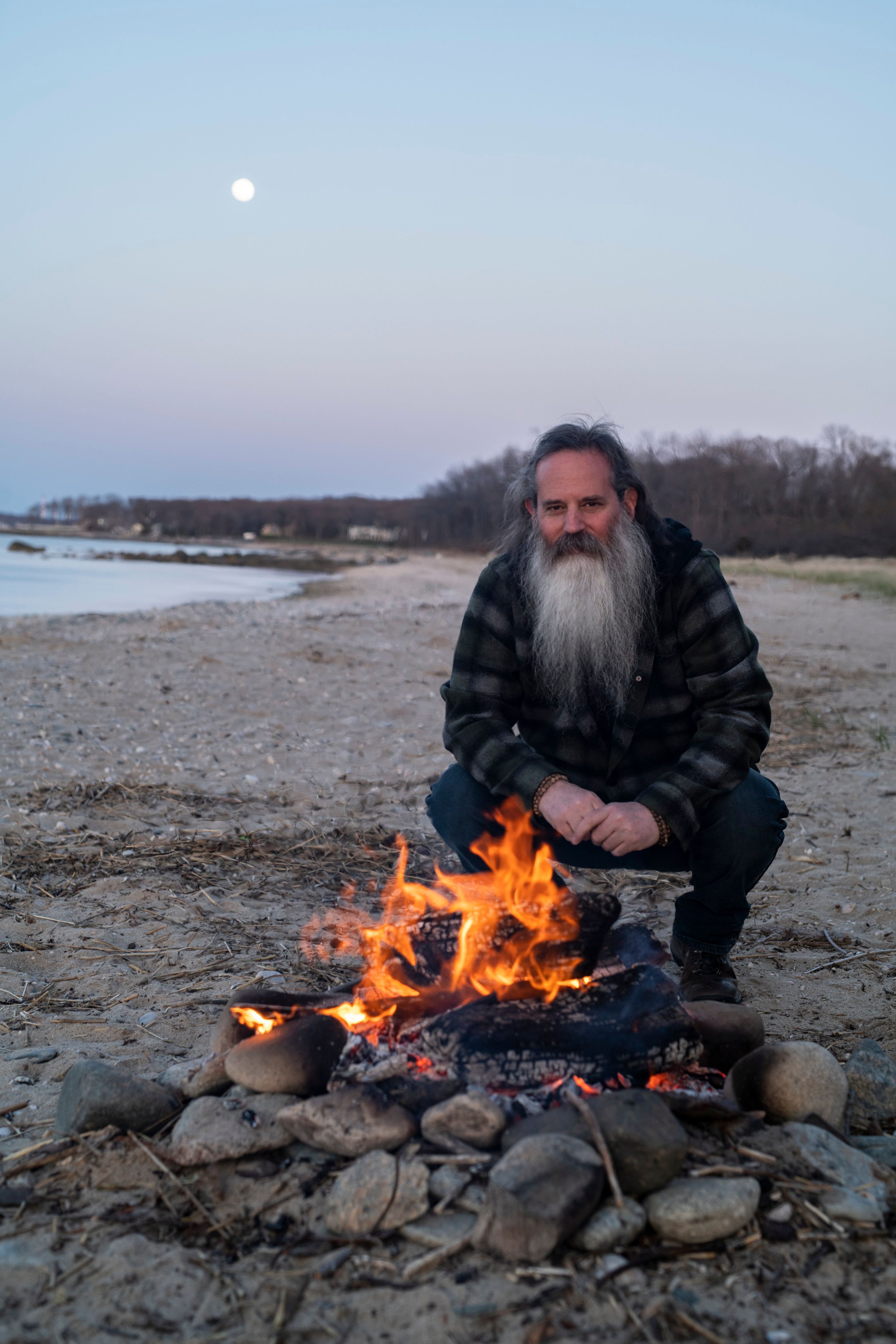