Getting Closer in June!

We've put so much time and energy into getting the new album, The Crosswinds of Kansas, ready for release, and it's really exciting to be this close to the August 19 release date with so many great things starting to happen already!

We finished the photographs, and the work for the album art and design just a few weeks ago and I've already received the CD's that we'll be sending out to terrestrial radio stations, reviewers and bloggers across the country, with a bunch specifically ordered for you all to enjoy as well! We'll be announcing a pre-order campaign soon. When you pre-order the album, you'll be able to hear one of the songs from the album, before the album release date. Stay tuned for the pre-order link coming soon.

"I-70 East" is the opening track on the album, and the album-title, The Crosswinds of Kansas comes directly from the lyrics of the first verse of this song, "...then came the crosswinds of Kansas unleashed, and it pushed me hard north and south, all down I-70 East."

Scroll down for some of the back story for the making of this song, as taken from the description for the music video: 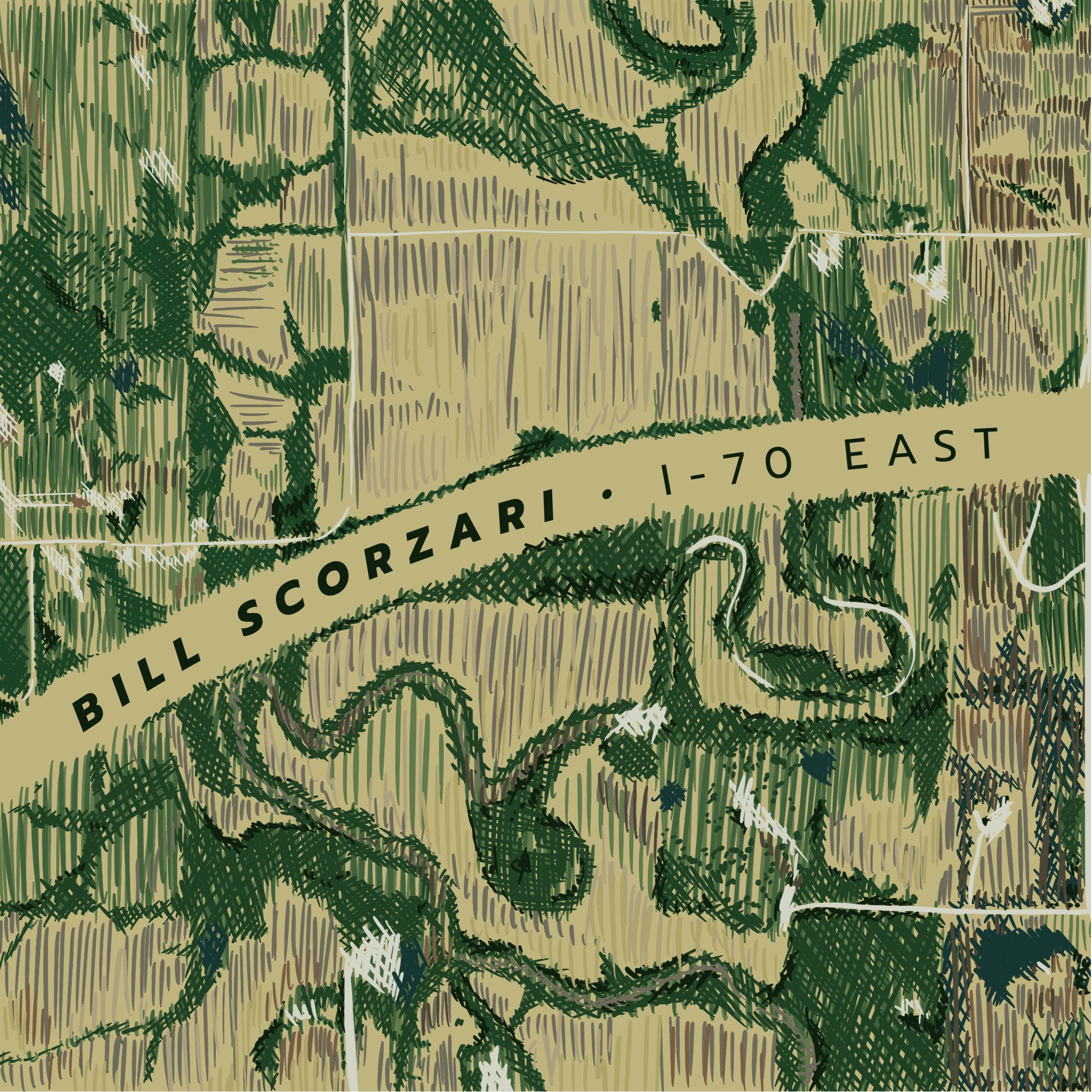 Bill Scorzari wrote most of the music and lyrics to "I-70 East" in his car, while driving back home from Los Angeles, CA to New York, after having to cancel the final dates of his three-moth-long NOW I'M FREE tour, when the health of his then 94-year-old mother had taken a sudden downturn in late 2019. He had stopped in Hays, Kansas for the night at the end of the second day's drive home and awoke the next morning with his arms and neck feeling sore from having to wrestle with his steering wheel against the fierce Kansas crosswinds that had pushed his car north and south all down I-70 East the day before. He continued through Hays and Salina and then through Lawrence, Kansas, and at one point, had noticed a highway billboard-sign advertisement for "Yesterday's Rose Antiques." All of these references along the drive, provided Bill with inspiration for lyrics for the song. After arriving back home in New York in late 2019, he secured the 24-hour health care that he had preliminarily set up for his mom by phone before leaving Los Angeles, and then began to adjust and adapt --along with the rest of the planet-- to the constraints of the pandemic that later emerged in early 2020. He resolved to finish building the recording studio that he had started in New York many years earlier, and he continued to write. He finished writing "I-70 East" and the other 12 tracks for the new album, THE CROSSWINDS OF KANSAS, in 2020, and started to record them at his new studio, First Thunder Recording Studios in 2020 and 2021. The recordings were later completed by Engineer Dylan Alldredge at Skinny Elephant Recording in Nashville, TN in 2021 and 2022 and the album was mastered by Jim Demain at Yes Master Studio, Nashville, TN in 2022. Bill's mom passed in the afternoon of Christmas morning in 2020 with Bill and the rest of her immediate family at her bedside at home. She would have been 96 that coming February in 2021.

The music video for "I-70 East" was filmed in Nashville TN, and Directed, Edited and Produced by Neilson Hubbard and Joshua Britt as Neighborhoods Apart Productions in 2022. The Art and Design of the "I-70 East" Radio Single Cover Art, shown at the end of the video, were created by Anna Berman.

The performers on the single and in the music video are: Bill Scorzari - Acoustic and Electric Guitars, and Vocals; Neilson Hubbard - Drums and Percussion; Danny Mitchell (Miranda Lambert) - Hammond B3 Organ; and Michael Rinne (Miranda Lambert) - Bass Guitar

Please check back here for more exciting news and info in the days to come!

With much love and gratitude,